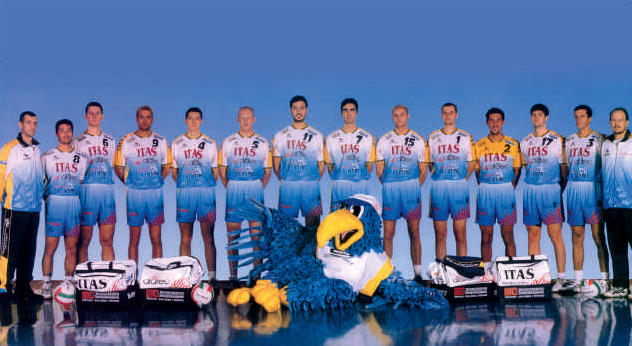 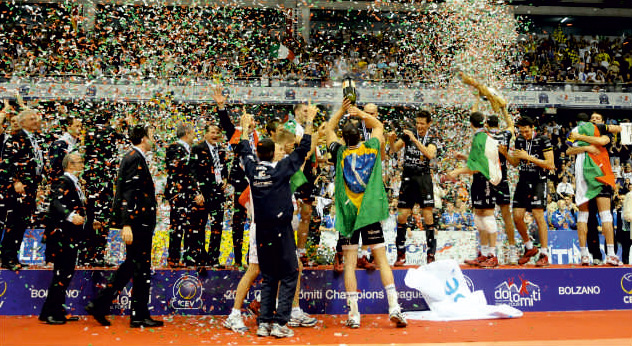 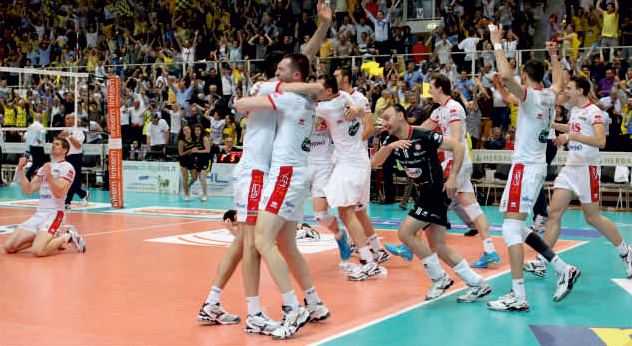 Although the club was founded only 18 years ago, on 23rd May 2000, Trentino Volley Inc is one of the most important organizations in the Italian and international world of volleyball. Not only is this confirmed by the many awards and attestations the club received over a short period of time, but also by the team’s recent results that lead it to become Italian, European and finally World champion. The team reached major league in 2000 after acquiring all the sport rights of a historical volleyball team like Ravenna and rising from the ashes of Volley Mezzolombardo. Volley Mezzolombardo had always been a regional reference point as regards this sport and was initially called Eurock, to then change its name to Itas Btb thanks to the partnership chaired by Diego Mosna (an industrialist in the paper production and yet President of the Malè Volleyball major league, the “industrial association of volleyball”, to 2014).  Over a short period of time the team was able to break through into the world of one of the most loved and important sports ever.

The team has counted one success after another, starting from the May 2008 championship at PalaTrento (in the photo Grbic celebrates the victory) followed by another thirteen trophies over a period of just five years: the unforgettable Champions league victory in Prague in April 2009, the Club world victory in Doha in November that same year (Qatar, top photo Kaziyski with the trophy), the Italian Cup in 2010 in Montecatini Terme, confirmation of the European and World titles in 2010 in Lodz (Poland) and Doha. All this was then followed by a new confirmation in Champions League in 2011 (played in Bolzano), the second victory at the Pala Lottomatica in Rome last 15th May, the third success in a row on 14th October 2011, the first Italian Supercup (the only trophy that was still missing and was finally won on 1st November 2011), the 2012 Italian Cup (19th February in Rome), Club World championship in 2012, the 2012/13 Italian Cup (30th December in Milan) valid for the 2013 Championship, the 2013 Italian SuperCup and finally the 2015 Italian Championship at Modena. These are just the most important results achieved step after step over the first thirteen seasons by President Mosna and his staff thanks to detailed planning, respect of commitments and to the club’s vision in its decision-making. Trentino Volley is one of the first Italian clubs to reach major league in a team sport, thus becoming a reference point for the entire national, regional and local sport organization. These results were possible of course thanks to the team’s athletes as well as to the fans and sponsors who have been part of this amazing adventure. 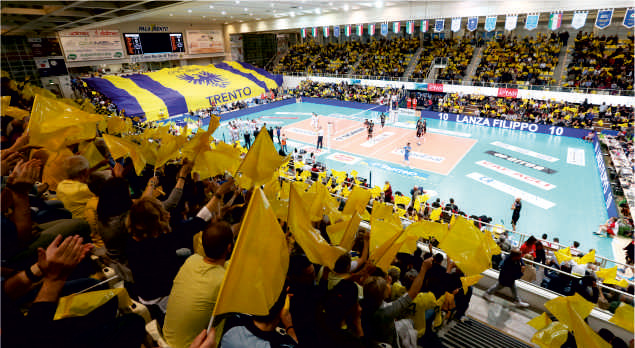 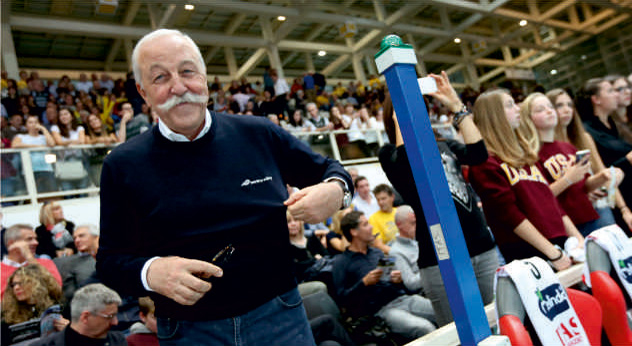 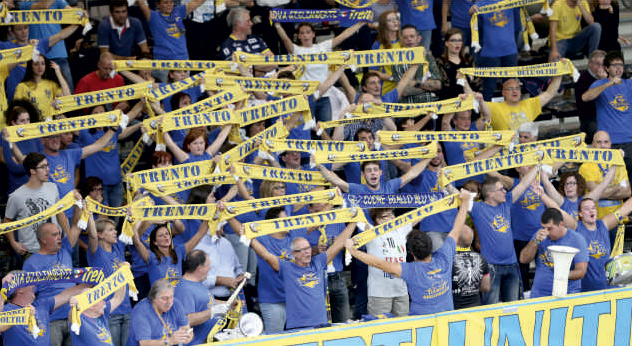 One of the most important elements fed into the company by the President Diego Mosna was a strong entrepreneurial approach: management, intuition, balance, caution, special attention for customers and their many needs (clients are our sponsors but also our spectators), flexibility, financial solidity are just some of the characteristics that distinguish our Club, controlled by the Diatec Group. Our internal organization is able to cover for all the needs of a sport club: presidency, general management, administrative-financial sector, technical-sport sector, communication and commercial sector. These different fields all blend perfectly preparing the club for any need or event. During its years of experience, in fact, Trentino Volley had the honour to organize the 2000 All Star Game, the Junior League finals in  2002, the Final Eight of the Italian cup in 2003, the first phase of the 2005 Top Teams Cup  and the CEV Final Four  Champions League in 2011 in Bolzano. This lead to the appreciation of the organizations that trusted Trentino Volley for its work and efforts in these kind of events.

Our club’s flagship: the audience

A heritage to jealously take care of.A special chapter must be dedicated to our audience, Trentino Volley’s real flagship. It confirmed its loyalty even during the 2016/2017 season. The overall figures referring to the regular A1 season in 2014/15 were absolutely stunning. The average number of spectators for games at home maintained the same levels of participation as the previous year, which means 3.400 people. This figure is definitely above the national average of the championship that didn’t go over 2.500, placing Trentino Volley at the top of the ranking regarding presences for games at home. During the eleven games of the regular season at PalaTrento there were totally 38.200 spectators and season tickets almost reached number two thousand (precisely 2.141), confirming the same number of the previous year. We would like to mention the number of fans in the arena during the championship playoffs: from quarter finals, to semi-finals and final, the PalaTrento arena registered extraordinary figures resulting in four sold outs (4.150 spectators) during the season. The Diatec Trentino audience has therefore proved to be one of the most loyal and numerous of the category, along with audiences from Modena, Macerata and Milano. Besides figures, we really want to point out how correct our audience is, leading it to win the “Jimmy George” prize eight times. This prize is assigned to the most correct and numerous audience of the season (membership fees are all given to charity) as well as to the audience that respects its opponents the most. Only fair to point out that A1 Trentino fans also followed the team during away games thanks to special packages including bus+ticket created purposely for them by Trentino Volley. Finally, when the team played in Doha it was supported by about 40 fans and it wasn’t the first time either, since it happened during the previous games in Qatar. Trentino Volley is also one of the few volleyball clubs that has a well-organized group of fans who stand in the Curva Gislimbertisector and organize wonderful choreographies and chants every Sunday and often work for the social and charity. For these and many other reasons, the supporters of our team are always considered “the best audience of the championship”. Trentino Volley cares about its supporters and has always done everything possible to keep it as correct and numerous as it is, also thanks to special agreements and initiatives.