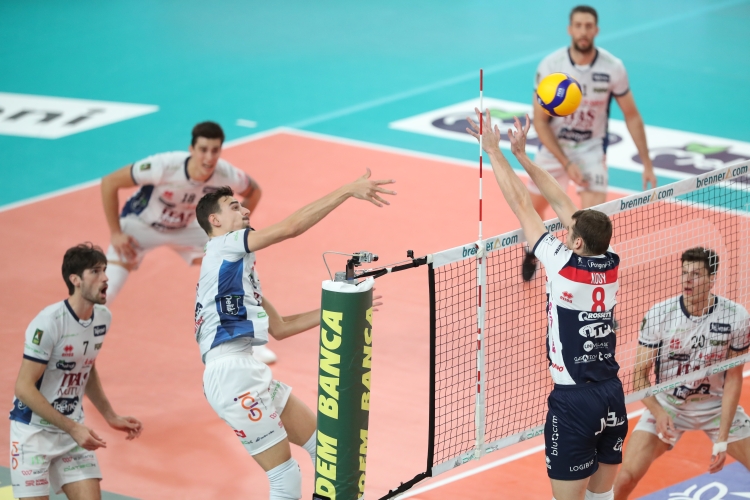 Itas Trentino continues its path in the regular season of Superlega Credem Banca 2019/20 without stopping. The World Champions won for the fifth time in a row in the Championship at BLM Group Arena last night. The team remains unbeaten and ranks third in the standings with just one point behind from Modena and four from Civitanova (which, however, played one more round). To get the better of the historic opponent, Lorenzetti's team showed an effective and convincing volleyball for three of the four sets played thanks to the attack that obtained excellent percentages (60% of the team, with Cebulj's peak at 71%). Great confirmation for Vettori, mvp for the second consecutive time and yellow-blue best scorer with 21 points, 62% net, three blocks and two aces, but also Russell (18) and Klemen (16) appeared in very good conditions. The steady growth of the team was revealed even after the third set; this time the boys of Lorenzetti immediately got back on the field on the right foot winning 3-1.

Below is the match report of the fifth day of SuperLega Credem Banca 2019/20 regular season  played this evening at the BLM Group Arena in Trento.