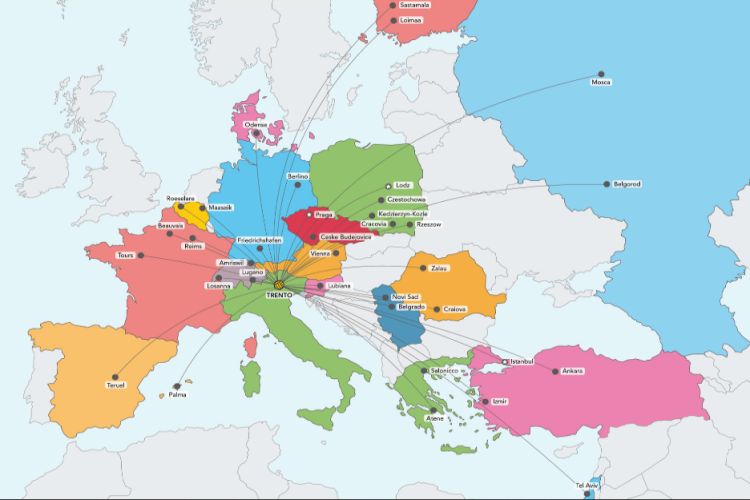 Trentino Volley's twenty-year history is closely linked to the CEV Champions League. Just think that, thanks to the wild card granted today by the European Federation, our club will be at its tenth participation in the maximum continental tournament out of twenty-one seasons of overall business. In more than half of the previous participations (five out of nine) Trentino Volley has taken the podium, winning the competition three times in a row (between 2009 and 2011) and also placing second in 2016 and third in 2012. A series of results that, together with the five victories of the FIVB Volleyball Men's Club World Championship, have contributed in a decisive way to make our company and club known and respected all over the world. The 2021 CEV Champions League will be Trentino Volley's thirteenth consecutive participation in a European Cup, the fifteenth overall taking into account the two European competitions played in the 2004/05 season (Top Team Cup and CEV Cup). Since 2008/09 season (that of the absolute debut in the Champions League, ending with the triumph in Prague), Trentino Volley has never missed the appointment with European cups, competing nine times in the Champions League and another three times in the CEV Cup. Thanks to this extraordinary continuity, Trentino Volley has over time brought the name of its province across Europe, from Spain to Russia, from Turkey to Finland, and in most of the biggest European capitals. Vienna, Prague, Athens, Moscow, Ljubljana, Belgrade and Berlin are the main cities visited by the team, which, thanks to its many international successes, has always had great appeal for local fans; one of the most striking recent examples, on 26 March 2019 at the Burhan Felek Voleybal Salonu in Istanbul, when there were over five thousand spectators attending the 2019 CEV Cup Final. Overall, Trentino Volley played 69 away matches in the European Cups, winning 52 of them (75,3%) with sixteen countries visited.
Below are the details of the away matches divided by nations, so far played by Trentino Volley to compete in European Cups:

10 times in POLAND (four times in Kedzierzyn-Kozle, three times in Lodz, once in Czestochowa, Rzeszow and Krakow);

7 times in BELGIUM (five times in Maaseik, 2 times in Roeselare);

6 times in TURKEY (three times in Istanbul, two times in Izmir, once in Ankara);

3 times in SERBIA (twice in Belgrade, once in Novi Sad).
GREECE (twice in Athena, once in Thessaloniki)
SWITZERLAND (Amriswil, Lausanne and Lugano)
CZECH REPUBLIC (twice in Ceske Budejovice and once in Prague);