President Mosna: "We are very satisfied with the season, now we wait the Final" 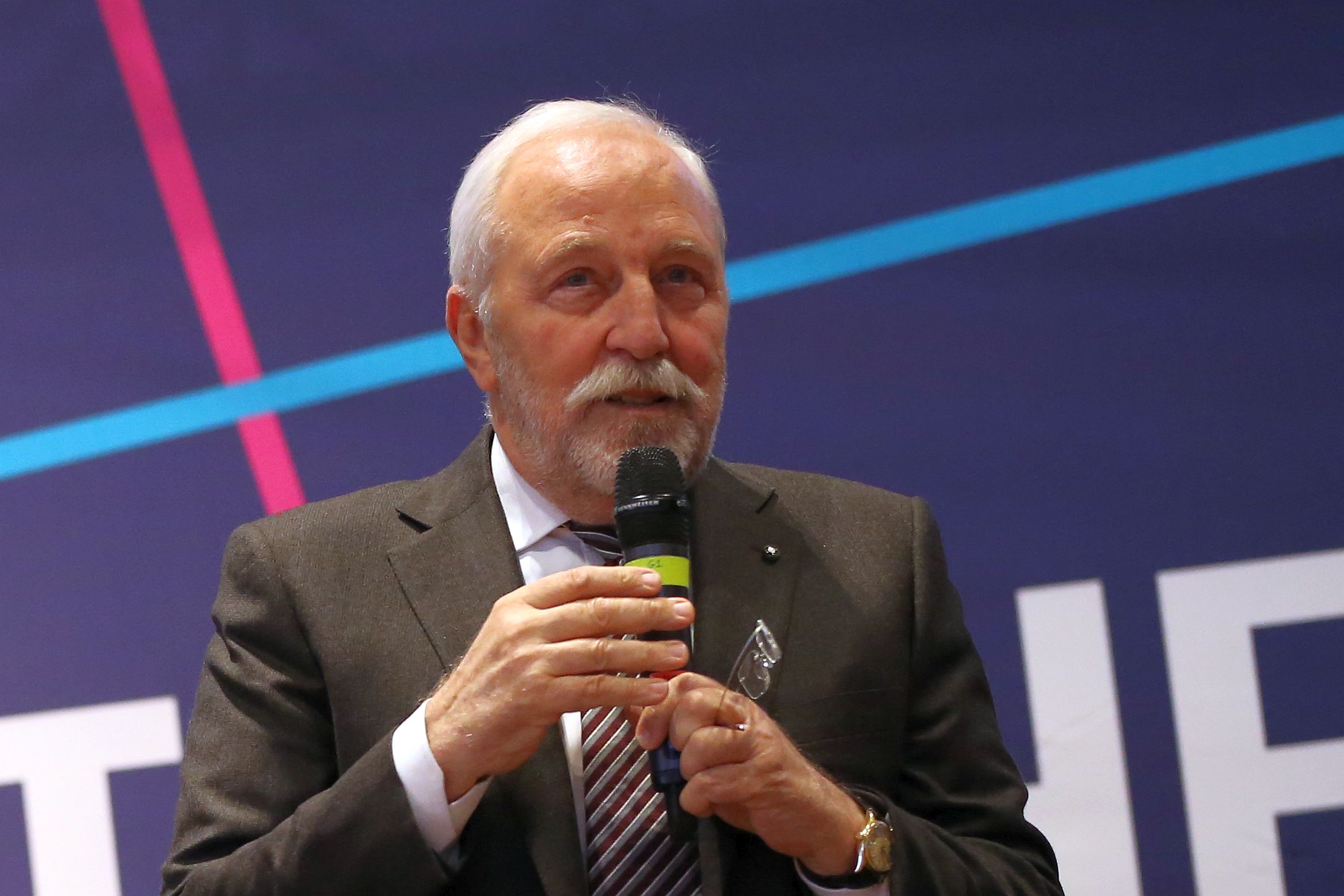 Monday night, President of Trentino Volley Diego Mosna was the guest at “RTTR Volley”, the weekly TV programme of RTTR – media partner of gialloblù team. Here are some of the most interesting passages of the interview realized by Sara Ravanelli.

WAITING. “We are living these days before the Final of Championship with great emotion and we keep working hard. The team trains every day, because we are aware that according to how we will play the match, we’ll remember the whole season with joy or deep sadness. I speak as if I were a fan more that a president, it’s clear how much we care about the Cup”.

PLAY OFF SCUDETTO. “I’ve almost got over the sadness of having been eliminated at semifinal, we have to admit that Lube was very strong, they managed to defeat us with a great physical strengt, technique and tactic”.  It turned out being the best team in at least 2 matches, it deserved to win”. Civitanova remains the favourite team, but as Perugia won match 2, everything is uncertain now”.

KEDZIERZYN-KOZLE. “It is a very united team, the players are even more famous than ours, and also in Poland it had won a lot lately.  The defeat at the Final Scudetto of PlusLiga (on Sunday) could have brought a bit of uncertainty, but also motivation and the will of winning.  Many important teams have struggled playing against it, as it showed the final quarter against Civitanova, the team is good in reception, but we’ll see”.

SPECTATORS. “At the moment, we still don't know if any spectators will be allowed in the arena for the Final match, maybe a hundred people, and I really hope they will be, also considering how big the arena is. Right on Sunday, on Trentino Volley Tv, I’ve re-watched some images of our first victory in Champions League, in 2009 in Prague. I still believe that the real spectacle was not just on field, but also among the spectators who went to Prague to follow us. Something similar, well even bigger, happened in Bozen in 2011: an unforgettable yellow crowd. This season, the absence of spectators had a negative impact also on the budget; we hoped to have the possibility to let some of them enter the BLM Group Arena at least for Play Off Scudetto, but unfortunately it never happened”.

MICHIELETTO. “He’s another one the many talented players who grew up on our field and now is about to join the National team. We are so proud if him, but we also feel the responsibility. Trentino Volley keeps training many excellent players among  youngster teams, and I think also other teams should follow our example, it will be good at Italian level”.

CHAMPIONS LEAGUE. “It has always looked like as if we manage to do our best in this occasion, and also this year’s experience (that was longer than the experience of many opponent teams) is a clear demonstration of what I am stating.  We won 12 matches out of 13 played, the only defeat was against Perugia, but it happened after having already gained the qualification for the Final, so it had no negative consequences.  The team has been prepared very well for this tournament and we managed to recover after hard periods. Having gained the qualification for next edition is an important goal, we are already expecting a good season”.