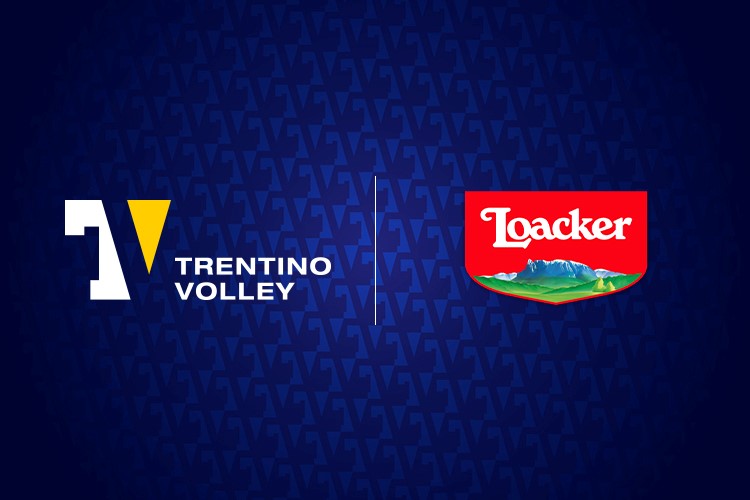 An important return to Trentino Volleyball’s very large Sponsor Pool. The yellow-blue club is pleased to welcome back into its large family of supporters Loacker, with whom it has signed a collaboration agreement for the next three seasons.
The successful partnership, which paid off in the recent past, will offer great visibility to the historic South Tyrolean confectionery company but also tasty surprises for the BLM Group Arena audience. The Loacker brand will be featured in the advertising message on the led video courtside and balustrade of the arena in every official game that Itas Trentino will play at home, on the Company's information materials, such as website and match program, and in the renovated hospitality area of the arena (open again from October 2 after the forced closure due to pandemic), where Loacker products will be a sweet added value.
That's not all, because the players of Trentino Volleyball will often be guests at the Loacker Café in Trento's Piazza Fiera during leisure moments, and Loacker itself will set up a booth at the BLM Group Arena during the two dedicated seasonal "sponsor days."
"It is with great pleasure that we welcome Loacker back into the pool of our supporters," stated Trentino Volleyball President Bruno Da Re. "The comeback of a brand that is proudly from our region but known worldwide among sponsors is a wonderful sign and confirms how certain relationships remain solid over time, no matter what. We will work together to ensure visibility and give an increasing meaning to our partnership".
"The partnership with Trentino Volleyball, one of the most important sporting entities in our region, is of considerable importance to Loacker for a number of reasons,"  pointed out Sven Rossi, Loacker's Sales Director for Italy : since its origins, Loacker has been a very active company in the world of team sports (the founder of Loacker, Alfons Loacker, was an enthusiastic footballer in the 1920s); Loacker's message of "pure goodness" can be conveyed very well by a team that makes sport its most important message; thanks to the collaboration with Trentino Volleyball, Loacker will have excellent support to strengthen its visibility and presence in Trentino and beyond".