Six victories in the first seven matches: it is the third best beginning ever 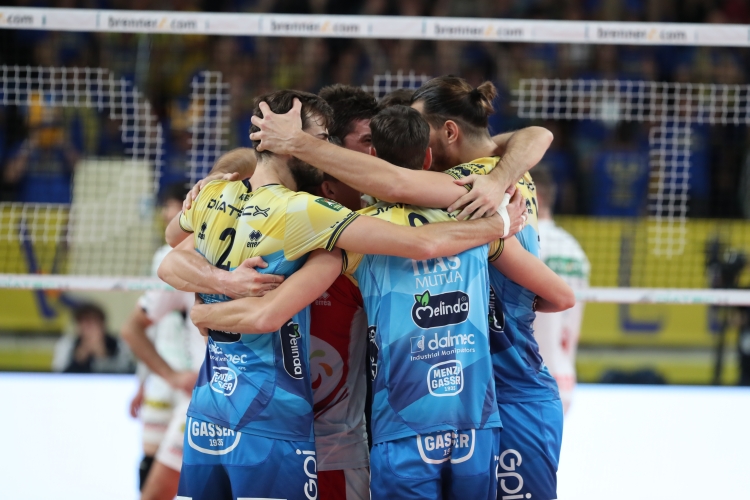 The defeat of Wednesday night at BLM Group Arena against Padua did not modify the magnificent beginning of Itas Trentino in the championship. Six victories in the first seven matches of regular season and eighteen points collected in the standings. In the previous nineteen seasons of activity, Trentino Volley was better only twice, achieving a "seven out of seven" and obtaining twenty points for its ranking: the 2010/11 sporting year, which ended with the victory of the historic "triplete" (World Club Cup in Doha, Champions League in Bolzano and Scudetto in Rome) and 2016/17, the first Angelo Lorenzetti’s season with the yellow-blue team in which they participated in three finals (CEV Cup, Coppa Italia and Scudetto).
In the current championship, Itas Trentino won twenty sets and lost eight of them thanks to a 3-0 victory against Ravenna and Monza, 3-1 against Vibo Valentia, Piacenza and Milan and 3-2 against Verona. Giannelli and his teammates will try to win again on Sunday evening in Modena, trying to gain a victory, especially to confirm themselves in second place and continue their path positively.