Volleyball Market, the promising setter Lorenzo Sperotto has been hired 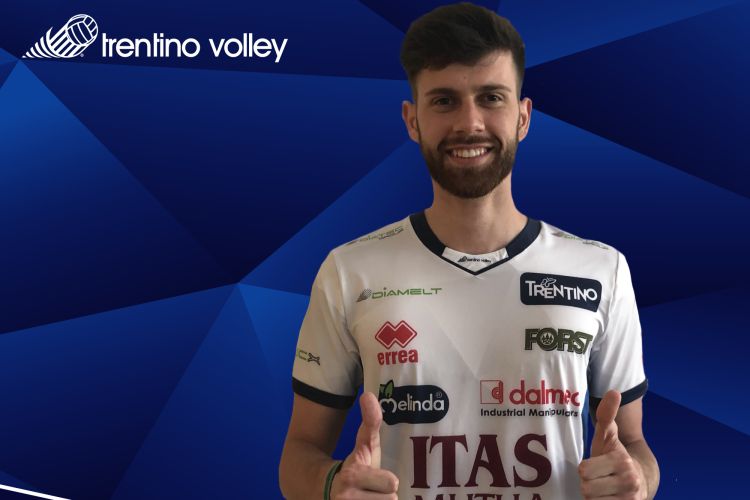 Motivation, enthusiasm and talent are needed to adequately cover the shoulders of Simone Giannelli: quality that Trentino Volley has identified in Lorenzo Sperotto, officially the new second yellow-blue setter from today 17 June. The annual agreement between Trentino Volley and the 21-year-old player from Veneto has been signed in the last few hours, thus placing a young but experienced player in the Serie A championships on the roster. For the first time he will play in the SuperLega after many years of experience in second division tournaments. Raised in Volley Treviso, with which he also won two youth championships (as mvp) before moving to Club Italia, Sperotto in fact has experience both in Serie A2 and in one season, the one interrupted in March due to the Coronavirus Emergency, as the protagonist of the championship played by Roma Volley in Serie A3. Sperotto arrives in Trento to grow further and confirm the good things that have been said about him for some time. Lorenzo won the silver medal in the national team both at the Pre Juniores European Championship in 2017 and at the Junior World Championships in 2019, an event in which he also won the best setter prize.
“Sperotto is a fairly young player. He is back from an Serie A3 championship that has played very well as a starter - explained the Trentino Volley manager Angelo Lorenzetti - . I found him very motivated and enthusiastic. All this makes me very happy, also because with him we will necessarily have to make a different technical path from the one we had done with his predecessor, Nicola Daldello, whom I greet and thank for the two years spent together”.