SuperLega 2020/21 Calendar, notes and curiosities on the path that awaits the gialloblù 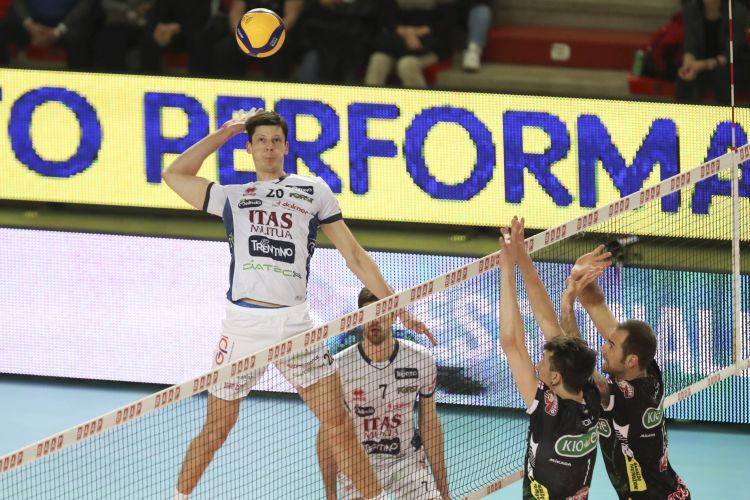 Some statistical notes and curiosities emerged after the regular season calendar of SuperLega Credem Banca 2020/21 was formalized.

EXORDIO WITH PADUA The debut in regular season against Padua is becoming a pleasant habit for Trentino Volley. In the past, already in the 2005/06 and 2014/15 seasons it happened that on the first day there was the match with the Venetians, but in those cases (25 September 2005 and 19 October 2014, double success 3-0) within the friendly blocks of the BLM Group Arena (then PalaTrento). The occasion becomes even more important if it goes back to 22 October 2000: the first home match in the history of Trentino Volleyball, with Padua then overtaken at the tie break in the comeback (from 0-2 to 3-2). On that occasion the match was scheduled for the second day (the first Gialloblù was played in Parma) but it was still an absolute debut for the Gialloblù fans.

DERBY  ON THE SECOND DAY, AS IN 2008/09 The traditional "Adige derby" was placed on the second day, as it had already happened in the 2008/09 season, when the Gialloblù came down to the Scaligera land (October 5, 2010) and knocked out the tie break.

14 DAYS OF ONLY BIG MATCH Two weeks to live intensely. This is what Itas Trentino will do between the 4th and the 18th of October 2020, a period in which the regular season calendar will propose only big matches for the gialloblù team. It starts with Verona at home, then in quick succession Lube (Wednesday 7) and Piacenza (Sunday 11 October) away, Modena (Wednesday 14) and Perugia (Sunday 18) at the BLM Group Arena. In the return round the sequence of matches from the red circle between the second and sixth round will be repeated, but in a much longer time frame, between December 6, 2020 and January 3, 2021.

DERBY OF THE A22 UNDER CHRISTMAS AS IN 2006 One of the most awaited away games is surely the one that will be played at the PalaPanini in Modena on December 27, 2020. The traditional "A22 derby" will be played in Emilia at Christmas time, as it had already happened in 2006; in that case it was played on Boxing Day and the hosts won 3-1.

LAST REGULAR SEASON AGAINST RAVENNA AS IN 2012/13 The regular season of Itas Trentino will end at the BLM Group Arena against Ravenna on February 14th. It had already happened in the 2012/13 season that the last opponent in the yellow and blue championship was the team from Romagna; in that case the end of the regular season reserved the first final place (later confirmed in the Play Off Scudetto), with a peremptory success 3-0 at the Pala De Andrè (10 March 2013).

TRANSFERS NEAR AND FAR The most comfortable trip for Itas Trentino remains that of Verona: 90 kilometers that the Gialloblù will face on December 6, 2020, on the occasion of the thirteenth day of the regular season. The longest will be the one in Vibo Valentia: over 900 km that will be covered by bus, plane and coach on January 24, 2021.