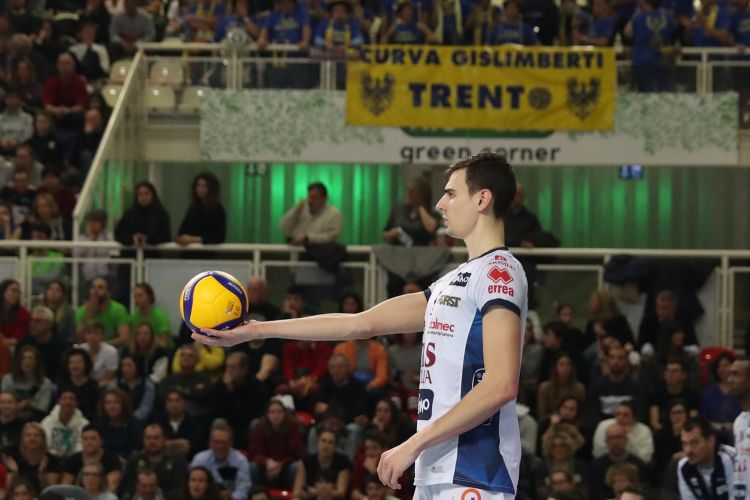 Countdown almost completed for the debut in SuperLega Credem Banca 2020/21. On Sunday 27 September at the Kioene Arena in Padova, Itas Trentino will inaugurate its twenty-first consecutive championship in the top series, facing the traditional match in Veneto, which will be broadcast live by Radio Dolomiti and Lega Volley Channel (www.elevensports.it) at 6pm. Here are some notes and statistical curiosities in view of the match.

DEBUT WITH PADUA THAT SMELLS OF AMARCORD The regular season debut against Padova is becoming a pleasant habit for Trentino Volley. In the past, already in the 2005/06 and 2014/15 seasons, the confrontation with the Venetians took place on the first day, but in those cases (25 September 2005 and 19 October 2014, double success 3-0) it happened within the friendly walls of BLM Group Arena (then called “PalaTrento”). The anniversary becomes even more important if we go back to 22 October 2000: the first home game in the history of Trentino Volley, with Padova then overcome at the tie break in comeback (from 0-2 to 3-2). On that occasion the match was scheduled for the second day (the first match took place in Parma) but it was still an absolute debut for the giallo-blù fans.

IN PADUA THE FIRST AWAY VICTORY IN THE GIALLO-BLU 'HISTORY, IN 2001 The Kioene Arena will never be a sports hall like many others for Trentino Volley, which took its first away victory in its history in this facility, almost twenty years ago. It was January 5, 2001 and Itas Diatec Trentino, coached by Bruno Bagnoli, won 3-1 in what was at the time called Pala San Lazzaro with partials of 19-25, 31-29, 25-21, 26-24. The success, mainly attributable to Goriouchev (MVP with 21 points) and Giombini (19), was able to break a fast of victories that lasted from the first day of the championship and in total from the first six away games of the giallo-blù history.