SuperLega, Perugia confirmes its position: Itas Trentino has fought but was defeated 1-3 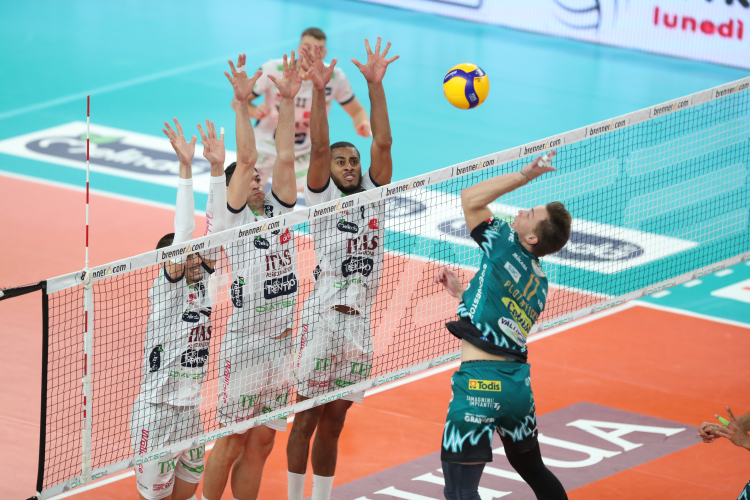 Sir Safety Conad Perugia won the big match at the 6th round of regular season SuperLega Credem 2020/21. This team, first on the ranking, tonight has won also the match at the BLM Arena. The opponent has fought well, but in the end Perugia confirmed its first position, as they have been since the very first day of the season with the maximum points.
Itas Trentino lost 1-3, this was the third defeat of the season but the team showed to be determined and willing to fight until the end, both qualities that could let it stand out during next weeks. After a perfect beginning marked by the victory of the first set, perfect for technique and tactics, the opponent responded to it and gialloblù could only fight until the 4th set, lost for a while after a good beginning.  Among gialloblù team, Nimir scored 24 points (55% on attack, a block and an ace), Kooy did 16 (57% on attack, a block and two ace) a good confirm also came from the way Lisinac has grown up and the usual skills of Podrascanin, (both these players scored 2 blocks and high percentages  during the first set). On the other half of the field, Leon-Ter Horst-Plotnytskyi confirmed their great skills scoring 43 points.

Here is the report of the match for day number 6 of regular season Credem Banca 2020/21, played tonight BLM in Trento.