2021 CEV Champions League, notes and curiosities after the official schedule of Pool E 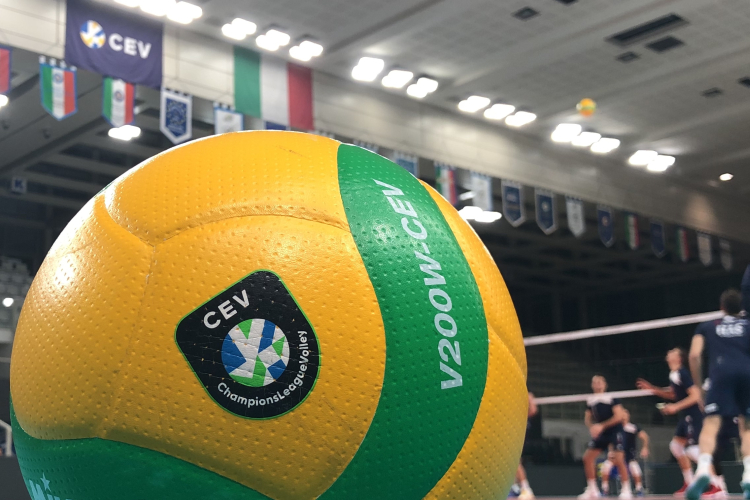 Some statistics and curious notes emerged after the formalization of the schedule of the Pool E of the Main Phase of 2021 CEV Champions League.

ROUND FORMULA (FIRST TIME). The one that will begin at 1° December will be a new round phase for CEV Champions League. After evaluating the latest developments regarding the Coronavirus pandemic and contacting all interested parties, CEV decided to change the competition format; to complete the round phase, between December and February, two round robin will be played for every Pool, with four teams for three consecutive days in the same place (the so-called “bubble”). For Pool E, Trentino Volley will host at the BLM Group Arena the first of the two scheduled rounds, which will take place at the BLM Group Arena between Tuesday 1° and Thursday 3 December 2020. Every day, two matches will be played, allowing to conclude the first round of Pool already Thursday evening. The second round robin will be disputed in Friedrichshafen (Germany) between Tuesday 9 and Thursday 11 February 2021. The succession of matches for every single bubble will remain unchanged in both concentrations and will comply with the normal schedule that was already established last August in Luxembourg. The first classified at the end of the two round robins of all five groups and the three best runners-up will qualify for the quarter-finals.

ALWAYS GOOD THE FIRST. In the nine participations in CEV Champions League, Trentino Volley has always won its debut in the group stage. In seven circumstances, the debut happened at home: on 4 November 2008 Bled lost for 3-0 in via Fersina in the first historic gialloblù match in this competition, on 17 November 2010 Friedrichshafen lost at the fifth set, on 20 October 2011 the Spanish of Teruel lost, on 25 October 2012 and on 24 October 2013 it was respectively the turn of Red Star Belgrade and Berlin to yield 3-0 and 3-1, on 5 November 2015 Maaseik lost in three sets and at last on 12 December 2019 Fenerbahce lost at the tie break. The only debut in away games is in the 2009/10 season, when the gialloblù team played the opening match of the competition in Athens, winning against Olympiacos Piraeus di Djuric and Milijkovic by 3-2 (2 December 2009), and the 2017/18 season, when Trentino Volley won in Maaseik (Belgium) by 3-1 on 5 December 2017.

THIRD ABSOLUTE TIME IN POOL E. For the third time in its ten CEV Champions League appearances, Trentino Volley was sorted in Pool E of the first phase; the same pool of the debut edition (2009, distinguished by the first place in the group with full points and then by the victory of the trophy) and 2018 one (second place behind Kedzierzyn-Kozle). In the other circumstances, the gialloblù team disputed its matches in Pool A (2010 and 2020), Pool C (2012, 2013 and 2015) and Pool D (2014, 2011). In six occasions out of nine, Trentino Volley ranked first in its group, finishing second only in 2011, 2018 and 2020.

FROM RUSSIAN TO… RUSSIAN. After having faced Dinamo Mosca in the second preliminary round of the competition, Trentino Itas will challenge a Soviet formation again on their path in 2021 CEV Champions League. The debut in the pool of the BLM Group Arena is scheduled for Tuesday 1 December at 16 and will be against Lokomotiv Novosibirsk, Club faced only one official time in the twenty-years of gialloblù history. The only precedent is the semi-final of 2013 Club World Cup, played on 19 October 2013 in Betim (Brazil) and won 3-1 by the Russians. Against Russian formations, Trentino Volley has twenty-one precedents (there are also nine games against Dinamo, seven with Kazan, four with Belgorod), with twelve victories overall.

IN THE SAME POOL OF FRIEDRICHSHAFEN AS IN 2011 EDITION. The confrontation with the Germans of Friedrichshafen, which will close both concentrations (December 3 in Trento, February 11 in Germany), will mark yet another challenge between the two teams, which have often faced each other in friendly matches over the last fifteen years. In two circumstances, in the match were at stake “European points”: the reference is at the two matches of the first phase in 2011 edition, both ended at the tie break. At the first round, played on 17 November 2010 at PalaTrento, the future three times-Champions of Europe won. At the second round, played on 12 January 2011, the Germans won in a match irrelevant for the final ranking. The most recent confrontation is on 4 October 2017, in a test match played in Bolzano and won at the tie break by the Germans.

FIRST MATCH EVER AGAINST KARLOVARSKO. The one that will be played on Wednesday 2 December at 19.30 at the BLM Group Arena will be the first official match ever for Trentino Volley against CEZ Karlovarsko, team from the Czech Republic. Against teams of this country, Trentino Volley has an already extremely clear and positive tradition: five victories in as many matches played, considering the four matches played in the same event against Ceske Budejovice (2010 and 2020 editions) and the match played against Vavex Pribram on 12 November 2004, won by 3-0 in Odense (Denmark) in the qualification phase of 2015 CEV Cup.

THE NUMBERS IN EUROPEAN CUPS. This is the tenth ever participation of Trentino Volley in the CEV Champions League, the fifteenth overall in the European field. Excluding the victories of the 2009, 2010 and 2011 editions, the third place 2012, the presence in Playoffs 12 in 2013, the one in Playoffs 6 in 2015 and 2018 and the absolute second place in 2016, the Company of via Trener has participated during 2004/05 season without much luck in Top Teams Cup (where it was eliminated by the Dutch of Ortec Nesselande Rotterdam in the preliminary phase played at PalaTrento) and then in CEV Cup, trophy won in 2019 and characterized also by two lost finals at the golden set (in 2015 with Moscow, in 2017 with Tours). Taking into account all the European competitions played, Trentino Volley has disputed 134 official matches: the report is of 108 victories (54 in Trento, 54 away), and 26 losses (20 in Champions League, 5 in CEV and 1 in Top Teams Cup). The most frequently obtained result is 3-0, obtained in 50% of cases (67 matches, 39 of them home matches); the one that has occurred the least number of times is 0-3 defeat (five times).