Season ticket campaign for the second half of the season, preemption closed at 640 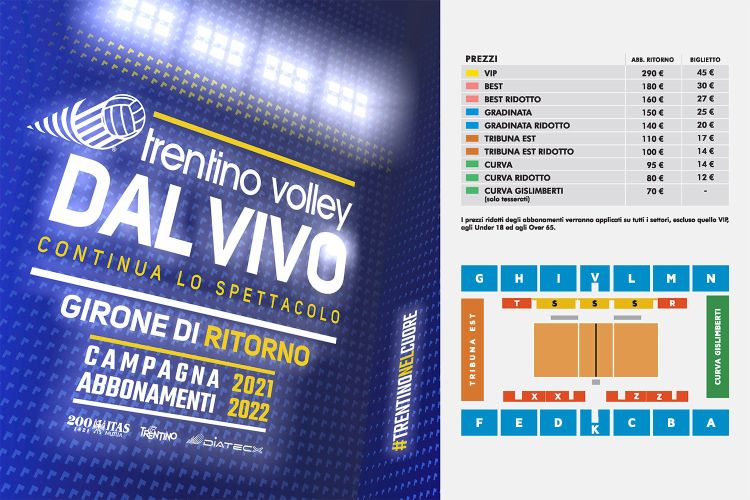 The first phase of the 2021/22 Season Ticket Campaign, dedicated to the second half of the season, officially ended this evening at 18:00. The preemption period, dedicated to 2019/20 season ticket holders and to those who had signed up for a season ticket valid for the first half of the season, has ended with encouraging numbers. In fact, 640 season tickets were sold in the first six days of the initiative.
From Tuesday, December 7th, the sale will be free; all available seats can be purchased and allocated without any restrictions. The tickets will be sold exclusively at the Trentino Volley Point in via Trener 2 in Trento, from Monday to Friday (8-12 am and 2-6 pm) and include nine official Trentino Volleyball home matches, between December 29th 2021 and the beginning of April 2022.