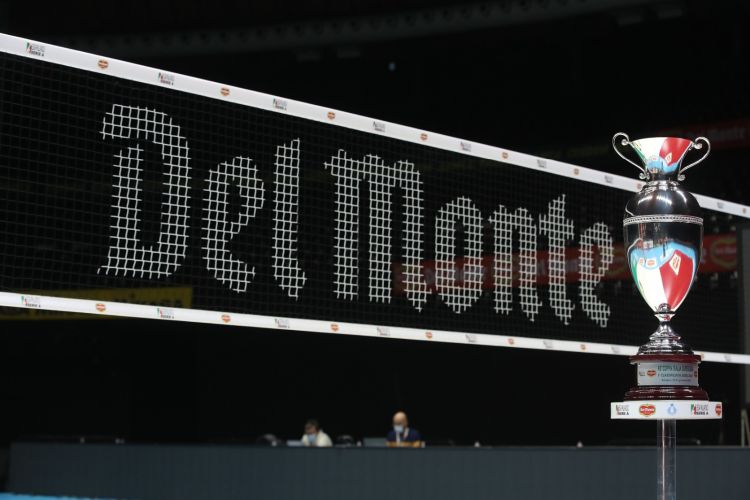 The Final Four of the Del Monte Coppa Italia 2022, originally scheduled for the weekend of  January 22nd and 23rd, will be played on Saturday 5th and Sunday 6th March. This was made official today by the Volleyball League Serie A with a note explaining the reasons for the postponement.
"During a meeting of the SuperLega Credem Banca Presidents, we had already discussed the current schedule and the most recent problems related to the postponement of the matches - underlined President Massimo Righi - . After discussions with the Medical Commission, we thought it was better not to risk the match in January in order to avoid the withdrawal of the teams. So we decided to move it 40 days later, to the 5th and 6th of March".
The variation implies the anticipation of the 11th return day of the regular season, which will take place on 22nd and 23rd January. Instead, the date of the quarter-finals of the event is confirmed: they will be played in a single match on Sunday 16th January. Thanks to the third place in the first half of the season, Itas Trentino will be able to play the in or out match at the BLM Group Arena against the sixth placed team; the name of the opponent has yet to be defined, given that on Wednesday 12th January Piacenza (who currently occupies that position) will face Vibo in the last rematch of the first half of the season and, if they gain three points, they could remove Monza from the fifth place.

The complete programme of the Del Monte® Coppa Italia 2022