The week dedicated to the Cups has started; Champions on Thursday, Coppa Italia on Sunday 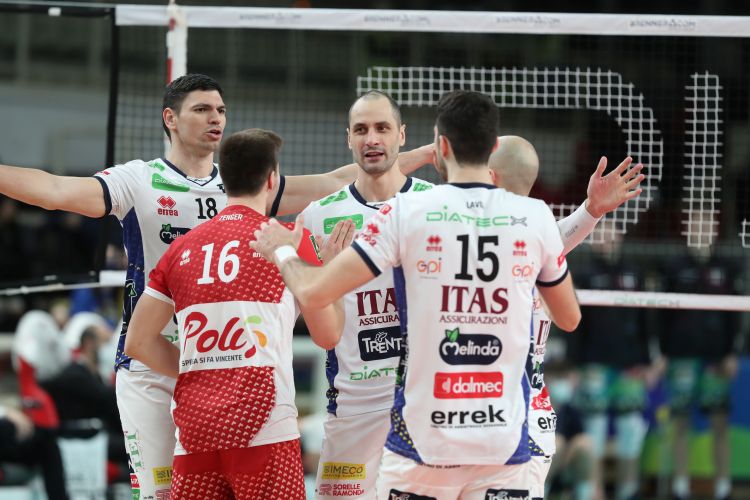 The week that began today, with a separate work session in the weight room, will be entirely dedicated to non-SuperLega competitions for Itas Trentino. Between Thursday and Sunday, the yellow-blue team will take to the court at the BLM Group Arena for two official matches that will be decisive for their run in the 2022 CEV Champions League and in the 2022 Del Monte Coppa Italia. On January 13th at 8:30 pm, it will be time for the challenge against As Cannes Dragons, valid for the third day of Pool E of the maximum continental trophy, which sees Trento in second place together with Fenerbahce. In order to keep on chasing the qualification to the quarter-finals, a victory in four sets at the most is needed, able to deliver all the three points at stake and to favour the pursuit of one of the three best second places among all the five groups. On Sunday 16th January at 6 p.m., it will be time for the first knockout match of the new year; Itas Trentino will play the quarter-final (single game) of the Del Monte Coppa Italia 2022 that will assign a place in the Final Four in Bologna, scheduled for 5th and 6th March. The Itas Trentino opponent will be the sixth placed team at the end of the first round of the SuperLega, a position currently occupied by Piacenza. But if Piacenza wins the rematch with Vibo 3-0 or 3-1 on Wednesday evening, it could try to steal the fifth place from Monza.