SuperLega, for Lorenzetti Saturday’s match against Padova will be the 300th 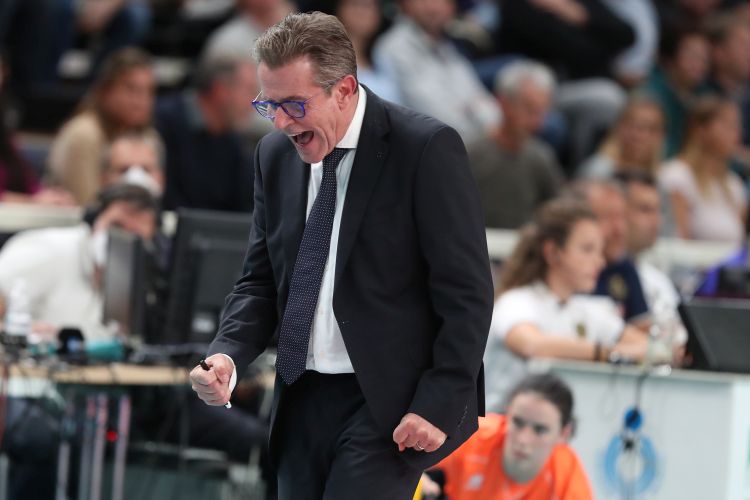 The last meaningful appointment before leaving for Brazil. On Saturday December 3d at 6 p.m., Trentino Itas will be back on court at the BLM Group Arena to play against Pallavolo Padova the match valid for the tenth turn of regular season SuperLega Credem Banca 2022/23. Il will be the closing match of yellow-blue team’s first round, taking into consideration that the eleventh turn’s match (the one that will close the race to the final match) has already been played on October 26th in Modena, in order to allow Kaziyski and his teammates to take part into the Volleyball Club World Championship in Betim (December 7th-11th). The three points to be won are therefore crucial to know the final position of the first round’s end, that will also mark the scoreboard of the Final Eight of the Coppa Italiana 2023. Right in this occasion the coach Angelo Lorenzetti will guide Trentino Volley for the 300th. He has been the coach of 299 matches by far (56 in the 2016/17 season, 48 in 2017/18, 52 in 2018/19, 30 in 2019/20, 46 in 2020/21, 52 in 2022/21 and 15 in the current one), with 205 victories (68,5%); he is the second in terms of attendance in the Society, before Radostin Stoytchev (389) and after Bruno Bagnoli (88) and Radames Lattari (64).
Lorenzetti was also the protagonist of the first home match of Trentino Volley’s history, as the coach of opponent’s team, Padua; it was October 22nd 2000 and at that time, the former Itas Gruppo Diatec Trentino won the first overall success of its history at the PalaTrento, going ahead the Veneto’s line-up, at that time coached by Angelo Lorenzetti.