2002 Club World Champs, all the useful info to follow the competition in Betim 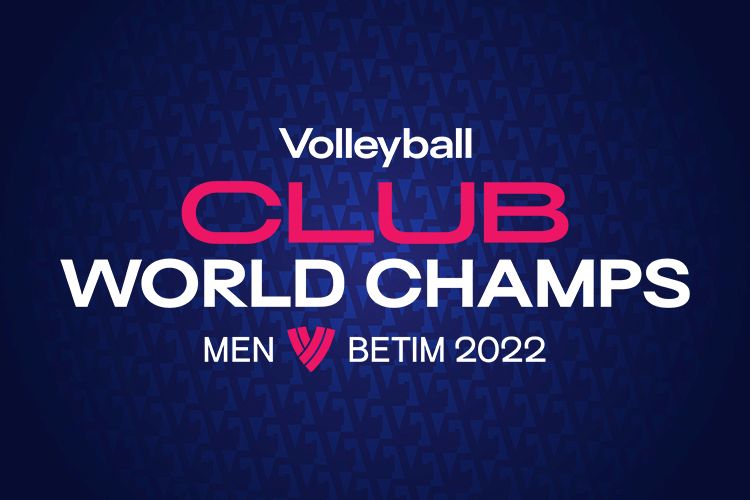 Countdown almost complete for the Fivb Club World Championship 2022, the annual edition of the Club World Championship that the international federation has organized again in Brazil - in Betim -, as it did a year ago. On Wednesday, December 7th, the event will open with the first matches of the group stage: however, Trentino Itas, already winner of five editions (the last in 2018 in Poland), will only enter the game on Thursday, December 8th, for the second round of Pool B.
Here is the main information about the tournament.

Unchanged from the previous nine editions in which Trentino Volley took part: in Doha (Qatar) between 2009 and 2012, in Betim in 2013 and 2016, in Belo Horizonte in 2014, in Resovia and Czestochowa in 2018 and again in Betim in 2021. The six teams participating and representing three of the world's five continents (only Africa and Oceania will be missing) will be divided in the first round into two groups (Pool A and Pool B) of three teams each, which will face each other from December 7th to 10th in a one-way Italian round (Round Robin) for a total of six matches. The top two finishers in each round of the first phase will advance to the semifinals (scheduled between 10th and 11th December; finals will be played between 11th December). The third-place finishers will be eliminated directly and will both be tied for fifth place. Allocation of points in the ranking will be identical to that of the Italian championship: three points for victory in a maximum of four sets, two points for success in the tie break and one point for defeat in the fifth set, but the first discriminating factor will be the number of victories. In the event of two teams having the same number of victories in the final classification of the round, the following will then be taken into account in order: number of points, won /lost sets, scored points/ points conceded, direct confrontation.

This is the complete match calendar for the 2022 Club World Cup. (Italian time). All matches will be played at the Ginasio Poliesportivo Divino Braga in Betim.

Tv
It will be Sky Sport to broadcast live and exclusively the 2022 Club World Cup. Italy's leading satellite network has secured the rights to the event and will show the matches of Sir Safety Perugia and Trentino Itas live on the Sky Sport Arena channel, visible on any type of device thanks to the SkyGo and Now applications.

App
All matches of the tournament will be broadcast live video streaming on the OTT platform "Volleyball World Tv"; the service is pay-per-view. For more information on how to use it, see www.welcome.volleyballworld.tv/faq-it.

Internet
The Trentino Itas adventure will be followed step by step on the club's website www.trentinovolley.it and on the official profiles on the social networks (Facebook, Twitter, Instagram and YouTube); in addition to the results and match comments, a daily diary with photos, and interviews will be provided.
All the information on the matches will also be available in the specially reserved section on the FIVB website: https://en.volleyballworld.com/volleyball/competitions/club-world-championship-men-2022/

The one that will start on 7 December in Brazil will be the seventeenth edition of the men's volleyball Club World Championship, which returned to the scene in 2009 after an absence of seventeen years and was only recently not held in 2020 due to the pandemic. Until now, the title has only been the prerogative of Italian, Brazilian or Russian teams. However, Trentino Volley is still the only team in the history of the competition to have been able to win the title for four consecutive years (five in total) and the only club to have already taken part in nine editions.