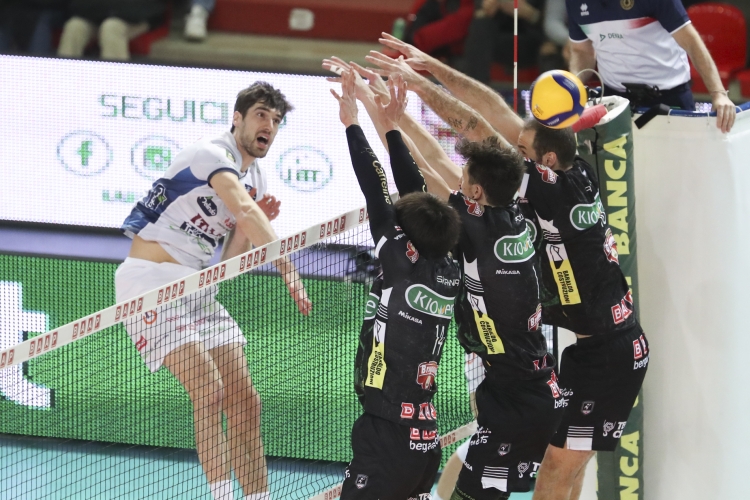 The race of Itas Trentino in the return round of regular season SuperLega Credem Banca 2019/20 continues in Padua. Against an opponent who had imposed the home knockout in the first match and who had won the last direct match played in front of his audience, last April 7, the Gialloblù formation managed to win another hard win having the locals at the tie break at the end of a hard-fought match.
It took tenacity, character but also a high level volleyball to not allow the Venetians to get the encore in the regular season; Itas Trentino managed to do it because they played better than opponents in the middle part of the match, after losing again the first partial, and then also the final part, where cold blood and lucidity were needed. This led the Gialloblù to cancel five match balls and capitalize on the second thanks to an excellent block. Just this fundamental was among the most positive notes of the evening, scoring ten times, together with the excellent look shown by the attack, as well as the team percentages (53%) and those of Russell (17 points with 58% before leaving for a slight injury in the fourth), Lisinac (16 with 62%) and Kovacevic (20 with 50%). The mvp of the match, however, was indisputably the free Jenia Grebennikov, author of sensational defenses that were able to exalt even the 3,300 spectators cheering for Padua. The 500th regular season race of the gialloblù history closes with a smile.

Shown below the table of the match of the twentieth day of regular season of the 2019/2020 SuperLeague Credem Banca played tonight at the Kioene Arena in Padova.