Experience and reliability for Trentino Volley: the new libero is Salvatore Rossini 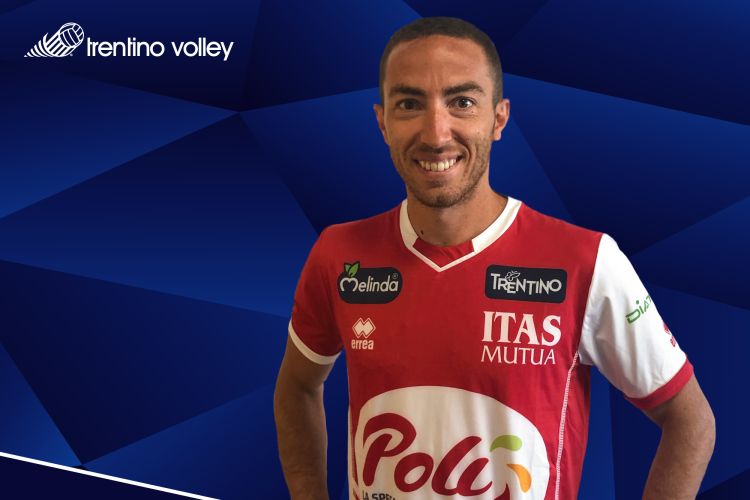 After two seasons, the Itas Trentino libero jersey belongs to a great Italian performer. In fact, it will be worn by Salvatore Rossini, for years one of the most reliable, experienced and winning players in this role.
The agreement with the thirty-three year old from Formia (curiously the same city where his new teammate, Carlo De Angelis, was also born) has been signed on a two-yearly basis and will allow Trentino Volley to count on genuine security. Rossini is in fact a specialist in the second line and he's used to play at high levels for a long time, as demonstrated by his exceptional reception statistics (which make him one of the best in the SuperLega for years). In his previous six seasons in Modena, Salvatore has won a Scudetto, two Italian Cups and three Italian Super Cups (all five of them overtaking Trento in the final), also gaining space in the National team, with which, among many others, he also won a Silver medal at the Olympic Games in Rio 2016.
"Welcome to Trentino Volleyball to Salvatore Rossini, an Italian libero who has shown all his skills in Modena - so he was welcomed by President Diego Mosna - . For us he represents the best possible choice for this role, which has become increasingly important in modern volleyball".
In Trento he will find again Angelo Lorenzetti with whom he established a special feeling in the common years in Modena. "I meet Rossini with pleasure and in the knowledge that we must not look back but only think about finding a way to do well together in Trento - said the coach - . Our already excellent knowledge must help us to empathize immediately and to make sure that it can be of help for the integration of the group. Salvatore is a player who has grown even more than when I coached him. He comes from Modena and I am convinced that the Trentino public will give him the same affection and the same kindness that he had in welcoming me and Vettori a few years ago".