Michieletto to “After Hours”: "At work to close the gap with Perugia and Lube” 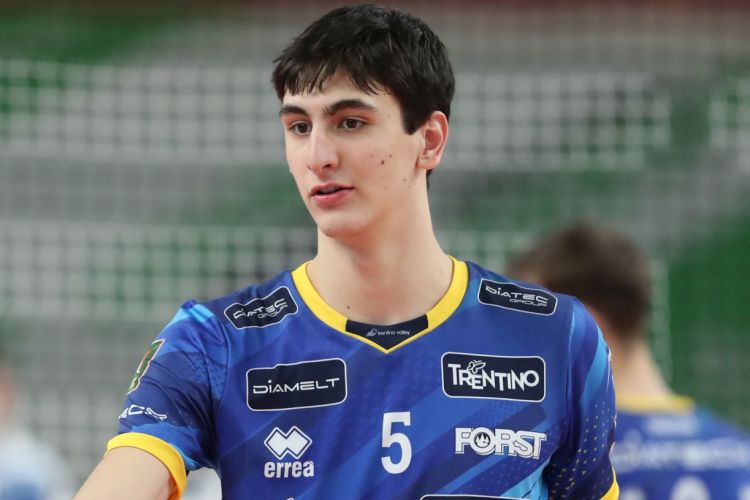 The young spiker of Itas Trentino Alessandro Michieletto was the guest on Sunday evening, directly from his home in Trento, on the weekly episode of “After Hours” – the program of Lega Pallavolo Serie A hosted by Andrea Zorzi and Andrea Brogioni, which every seven days assesses the situation for the championship of SuperLega Credem Banca 2020/21. Here are some of the most interesting points of his interview.

FATHER RICCARDO. “Until now, the fact that my father Riccardo is the Team Manager of the team doesn’t influence me very much, also because he’s very good at staying in the shadow, and at not making me weigh anything. He doesn’t say anything, not when I play well nor when I play bad. His contribution was fundamental when I was little, because he gave me much useful advice on how to approach this sport correctly”.

CENTIMETRES. “I started playing as libero in the youth sector, because I was the youngest of the team, then in two year I grew a lot in height, even 15 centimetres, and so it was almost natural to become a spiker, even if the passage hasn’t been simple, but working in the weight room and on coordination, little by little I was able to become better”.

THE FIRST MEMORY CONNECTED TO VOLLEYBALL. “I started to like volleyball following the training of Itas Trentino that won Scudetti, Champions and Mondiali; so, my first memory connect to volleyball is surely in that period and of a player like Matey Kaziyski, who was always an idol for me”.

SOCIAL NETWORKS. “I use regularly Instagram and Facebook; I personally organize them and usually post photos of volleyball or private life. They are a good pastime”.

FOOTBALL OLD PASSION. “I’ve always been an Inter fan. When I was a child, I played football, but switching to volleyball was my choice because it seemed to me a sport more suited to my characteristics. There was a period of two years in which I played simultaneously both sports”.

WITHOUT AUDIENCE. “Playing behind closed doors was very particular until now. In the misfortune of this situation, I tried to find some positive things; without audience, I can understand better the advice of my teammates, and from a psychologic point of view I felt less pressure, a thing that maybe I didn’t feel for more than a year ago, when I participated to the Final Four of Coppa Italia in Bologna at a sold-out Unipol Arena”.

CHAMPIONSHIP PREDICTION. “The favourite for the win at the Play Off is surely Lube, considering that it won the recent Final Four of Coppa Italia as well. Itas Trentino? We’re working to close the gap with the first two, seeing that in Bologna we understood that there is still a gap between us, Perugia, and Civitanova”.