Club World Cup 2021, all the useful info to follow the competition in Betim 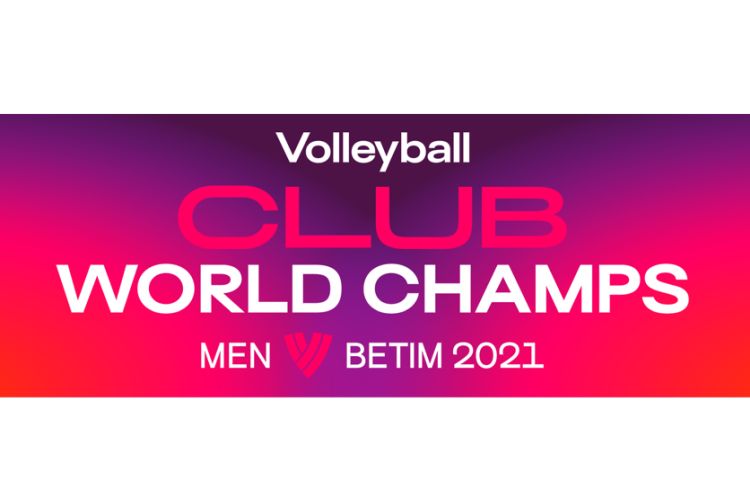 The countdown has almost ended for the Fivb Club World Championship 2021, the yearly edition of the Club World Cup that the international federation has organized again in Brazil, in Betim, after a year of absence due to the pandemic. On Tuesday 7 December, the world manifestation starts with the first matches of the pools phase: Trentino Itas, already winner of five editions (the latest in 2018 in Poland) will play only on Thursday 9 December for the second round of Pool B.
Here is all the main info about the tournament.

The formula is unchanged compared to the previous eight editions in which Trentino Volley took part: in Doha (Qatar) between 2009 and 2012, in Betim in 2013 and 2016, in Belo Horizonte in 2014, in Rzeszów and in Częstochowa in 2018. During the first phase, the six participating teams representing three of the five continents of the world (only Africa and Oceania are missing) are going to be divided into two pools (Pool A and Pool B) of three teams (instead of four) each, which will face each other between 7 and 10 December in a Round Robin for a total of 6 matches. The first two ranked teams of every pool of the first phase will enter the semifinals (scheduled between 10 and 11 December, the finals are going to be played between 11 and 12 December). The third ranked teams will be directly eliminated and both placed equally in the fifth place. The awarding of points in the ranking is unchanged compared to the one of the Italian championship: three points for the win in four sets at best, two points for the win at the tie break, and one point for the defeat at the fifth set, but the first discriminating factor is the number of wins. In case of the same number of wins of two teams in the final ranking of the pool, they will therefore be taken into account in order: the number of points, the sets quotient, the points quotient, the face-off.

COMPOSITION OF THE POOLS OF THE FIRST PHASE

SCHEDULE OF THE MATCHES

Here is the full schedule of the matches of the Club World Cup 2021. We have reported the Italian times. All matches are going to be played at the Ginásio Poliesportivo Divino Braga in Betim.

The Club World Cup is confirmed, in this edition as well, as a laboratory to try potential regulatory news, to be made definitively in all competitions in case they are appropriate.
For the occasion, in Brazil, three possible solutions will be tested:

-    Timer of 15 seconds between one action and the other: the goal is to make faster the restart of the game. At the end of the action, a led placed on the sidelines will show the countdown that leads to the next rally; the team appointed to serve must do it within the decided time, otherwise it will lose the point as by official rule.
-    Only one discretionary time out for team and one technical time out for set: the coaches can interrupt the game only one time in every set for 30 seconds, but can also benefit from one minute of “technical” pause, which will be granted in the moment in which a team will reach as first the 12th point.
-    Benches front TV, on the side of the first referee: contrary to what is happening now, the benches, the coaches, and the warm-up zone will be placed on the same side of the field front TV, in which there is the highchair of the first referee.

TV
Sky Sport will exclusively broadcast live the Club World Cup 2021. The main Italian satellite network secured the rights of the manifestation and will broadcast live the matches of Cucine Lube Civitanova and Trentino Itas on the channel Sky Sport Arena, visible on every type of device thanks to the app SkyGo and Now.

App
All matches of the tournament are going to be broadcasted live streaming video on OTT "Volleyball World Tv" (paid service). For more information about the service: www.welcome.volleyballworld.tv/faq-it.

Internet
The adventure of Trentino Itas will be followed step by step on the website of the Company www.trentinovolley.it and on the Social Networks (Facebook, Twitter, Instagram, and YouTube): apart from the results and the comments of the matches, we will propose a daily diary with photos, interviews, and curiosities.
All info on the matches will be present also in the specially reserved section on the FIVB website:
https://en.volleyballworld.com/volleyball/competitions/club-world-championship-men-2021/.

The one starting on 7 December in Brazil is the sixteenth edition of the Club World Cup of men volleyball, returning in 2009 after seventeen years of absence and not played recently only in 2020 due to the pandemic. Up to now, the world title has been reserved exclusively for Italian, Brazilian or Russian teams. However, Trentino Volley has been so far the only team in the history of the competition to be able to win the title for four consecutive years (five overall) and the only club to have taken part in seven editions.