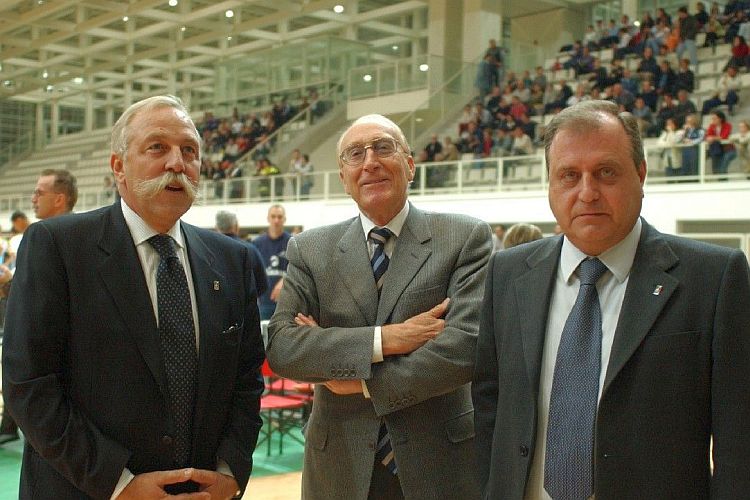 May 23, 2000 - May 23, 2020: exactly 20 years ago the foundations of the Trentino Volley project were laid. On that day, President Diego Mosna decided to found the Company and then to take the big step, convinced by his friend and director Alberto Ciurletti: he purchased the Serie A1 sports rights from the historic Porto Ravenna and brought high-level volleyball to Trentino Alto Adige. In the previous ten years the team had found its natural location in Mezzolombardo, where the local club within 5 years had been able to win the promotion to Serie A2 and bring an ever-growing number of volleyball fans closer. Diego Mosna, who had been sponsor of that team with the Diatec brand, decided to believe and bet in something that thrilled the province of Trento, which never before had reached the maximum levels in one of the main sports disciplines. To do so, he asked for and obtained the support of the Itas Assicurazioni Group, former main sponsor of Mezzolombardo. The President, Cavalier Edo Benedetti, later became the first fan of the team: the ITAS brand has accompanied the Club over the years in its extraordinary rise to the top of the world in volleyball. In just twenty years of activity, Trentino Volley has in fact been one of the main teams on the Italian and international volleyball scene. This is confirmed by numerous awards and certificates obtained in a short time but also by the results, which have seen the club quickly become Champion of Italy, Europe and the World.
The story continues because, twenty years after that May 23, 2000, Trentino Volley continues to maintain its standard high and to be faithful to the main principles of its activity: planning, professionalism, foresight, work culture, care for young people and above all passion.