Giannelli on “The Ace Space”, CEV’s podcast: “My idea of the role of setter” 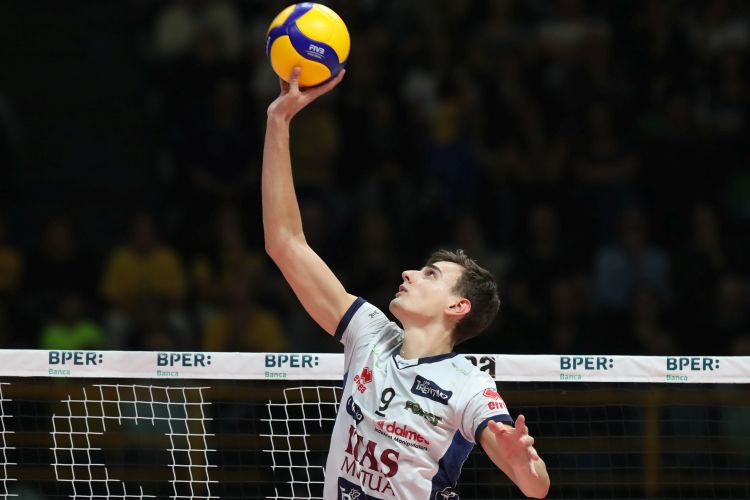 “It was my choice to change roles, already when I was in the youth sector. I wanted to be a setter because I think that that is the most interesting and beautiful role of volleyball – said the Captain of Itas Trentino Simone Giannelli during the third episode of “The Ace Space" – the weekly podcast of CEV published on the website www.cev.eu - : it is the setter who always decides how to set up the game, he touches the ball during every action and he chooses how his team should attack. However, there are also some difficulties in playing this role, because the setter must always be able to read the tactics of the match in time and understand if the players he wants to entrust the ball to are ready to receive it and put it on the ground. I love this role; in fact, the spiker can only attack, while the setter can choose to do anything: block, lift and, if he wants to, even attack. There are also situations in which it is better to be a setter: for example, when you play in the same team as Osmany Juantorena you don’t really need to think, you just have to pass him the ball. It is important to have a deep connection with the spikers, starting from knowing each other and communicating during training. I like to watch many technical videos to understand where the understanding can be improved and how to offer the best possible ball to the spikers”.
“I don’t usually decide a priori who to pass the ball to – he continued - ; my choices are determined by my instinct and my evaluation of the situation in that moment. It is for this reason that I believe the setter to be the smartest player, but maybe I’m too biased in this judgment. When I was sixteen years old I wasn’t ready to play at high levels, also because I had to complete my growing process which involved studying as well, and then a technical process too. However, I think that at that age it is important to start to adopt the right mentality, the correct approach to the role of setter. To start in Serie A1 with Trentino Volley has been very unique, maybe even strange, but I’m proud of it and I have a beautiful memory.  In Italy there has been a great school for setters for a long time, which launches even very young elements, but the most important thing is that big Clubs offer to these boys the opportunity to play, as happened to me with Trento. The best setters of the world? Bruno and De Cecco; having often played against them in the last years in Superlega has been very important for my growth, even for my mentality. They are players with a great leadership on the field. My idol? Roger Federer, not only for what he does on the field, but also for the person he is every day when he isn’t playing.”