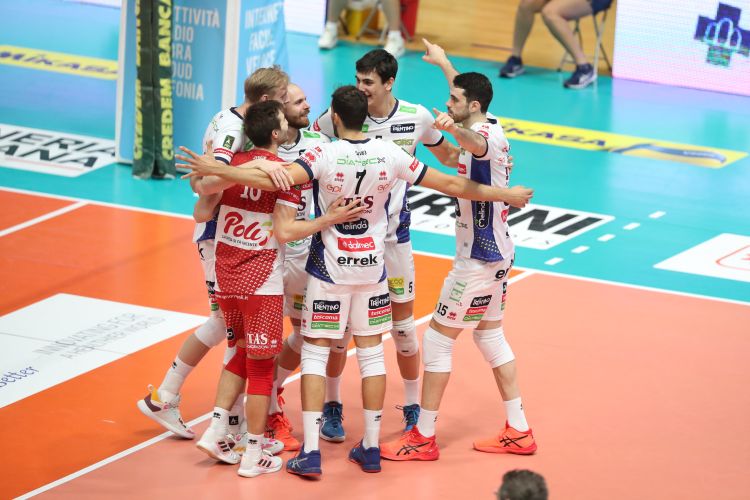 Some statistical and curious notes emerged after the formalization of the Pools and the schedule of the 1st phase of the World Cup per Clubs 2021.

IN BETIM, FIVE YEARS AFTER. Trentino Volley will play all matches of the manifestation in Betim, a Brazilian city with almost 400,000 residents at the door of Belo Horizonte, in the state of Minas Gerais, which the yellow-blue Company perfectly knows already because it has disputed two previous editions of the World Cup per Clubs (2013 and 2016) and a total of ten matches. The latest match dates back to five years and a month and a half ago: 23 October 2016, success by 3-2 on the Argentinians of Bolivar in the final for the third place.

IMMEDIATELY AGAINST AN IRANIAN AND A BRAZILIAN, AS IN 2018. The schedule of the first phase of the edition 2021 compiled by Fivb has many similarities with the one of 2018 (the latest previous participation of Trentino Volley): as happened in that circumstance, the yellow-blue will make their debut against an Iranian team (9 December at 0.30 against Foolad Sirijan, while in 2018 it happened with Ardakan) and then will face Sada Cruzeiro (twenty-four hours after).

EIGHT WORLD TITLES ON THE FIELD IN THE MATCH WITH SADA. On Friday 10 December, Trentino Volley will face again Sada Cruzeiro, one of the two Brazilian teams at the start of the tournament (the other is Funvic Taubatè, inserted in Pool A), reviving a match gone on stage three times in this manifestation: two in 2014 in Doha (yellow-blue win by 3-2 on 16 October and then by 3-0 three days ago in the final) and one in Rzeszow in 2018 (28 October, success in four sets). The match with the Brazilians is going to be particularly evocative also for Fivb: facing there are two Companies that have won the most numbers of world titles, even eight (five for Trento, 3 for Sada) out of fourteen already played editions overall.