Depalma: “What a story, another Depalma in the top series after my father!” 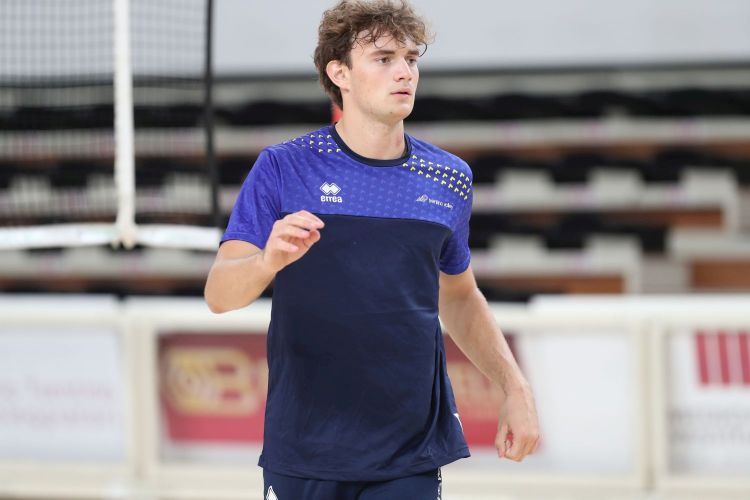 The first interview as a player of the first team of Trentino Volley for Niccolò Depalma, setter class 2002, made official today.

Welcome to the first team, how are you feeling?
"It is a great thrill to be part of the Trentino Volley SuperLega roster and if I am here I have to say thanks to my teammates, the coaches and my family. Without them it would have been impossible. I am euphoric but also very determined, I have to grow a lot but I know I can do it in the right place and with a very competent and prepared staff. I can't wait to start training alongside great champions, this time not as a young support during the preparation but as a player for the new squad. A beautiful dream that comes true".
Inevitable question: what did your father, Esteban Depalma, tell you?
"He is obviously very happy for me but also for him, because he wanted another Depalma to play in the Italian top league. He will obviously cheer for me and I hope to dedicate some good success to him because if I am here I owe it above all to him, who made me fall in love with this sport. I also received a call from my uncle Quique (former setter of Itas Btb Mezzolombardo in Serie A2 at the end of the 90s, ed) and also that of Horacio Del Federico (deputy of Ushakov and Tofoli in the early years of Trentino volley, ed); they are all very happy for me and have given me many useful tips to keep my feet on the ground in this moment of great euphoria”.
How would you describe yourself on the court?
“I am a setter who prefers fast play, I like to look for solutions in combination and push the ball but to do it you have to find a good understanding with all the forwards and that's what I will try to do from the first training sessions. Helping the team and feeling good on the pitch will be my first goals”.
Are there others, perhaps personal ones?
“I am aware of having to grow a lot and in the first team I will be able to do it at 360°, because I will train twice a day, taking care not only of the technical part, but also the physical and mental one. I would be happy if at the end of the season I was able to take a step forward in all these fields”.
Do you have role models for your role?
“Fabio Vullo and Micah Christenson; it's always nice to see them in action and so on YouTube I look for their videos every time, so that I can steal some secrets”.
Have you already talked to Angelo Lorenzetti?
“In the last few days he has written me several messages, explaining many things and asking me to start doing analytical and observation work on how the great setters move on the court. I am happy that you have shown so much trust in me, I will try to repay it ”.